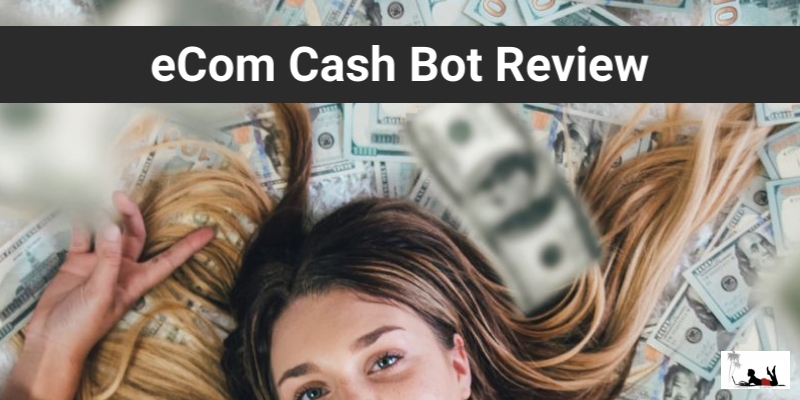 eCom Cash Bot is apparently, a software program that is going to give you the power to miraculously earn upwards of $500 per day. This is what the presentation video claims, so are you going to believe it!

In my opinion, eCom Cash Bot is a scam, and in this review I’ll be explaining why I believe this to be the case.

Obviously you’re here reading this review because you also think there’s something not quite right about this program. There’s got to be a catch right! Well yeah, there is, and I’ll get to that shortly.

Firstly though, I applaud you for doing your due diligence by researching eCom Cash Bot before making that financial commitment. You’ll be pleased that you did.

What is eCom Cash Bot

Apparently this program called eCom Cash Bot is a little known software that has the ability to make you up to $500,000 per year. Well that’s what you’re led to believe.

If you’ve spent 30 minutes trawling through the eCom Cash Bot sales video, you will have heard some very large claims. Without exactly saying you’ll be making huge income, it’s suggested in a big way by asking questions like ‘have you ever wondered what it’d be like to make as much as $10,000 in 7 days’, and ‘have you ever thought about what it’d be like to make over $40,000 every single month’.

While these don’t exactly declare you will be making these amounts, they do give the insinuation that is what will be happening.

And while those monetary figures are large enough to blow your mind, you’ll be even more taken in when they claim ‘all you need is a spare 20 minutes and you could start making up to $1,500 per day’.

So the earnings are increasing and the amount you’ll be required to work is so little. Only 20 minutes per day and you’ll be raking in the money. Sounds too good to be true doesn’t it.

So what exactly is eCom Cash Bot, and how is it going to line your pockets.

How Does eCom Cash Bot Work

In all seriousness, this product will not be lining your pockets. The reality of eCom Cash Bot is that upon purchasing this product, you’ll be receiving some lame training on how to setup an online dropshipping store.

I know it’s lame training because I’ve reviewed some of the best dropshipping training courses on this website, and I know they are awesome. I’ve had access to these courses and can vouch for their ethics.

What basically happens is that when a product gets exposed as a scam, they rename it and release it under this new name. That’s what has happened here, and why we’re now seeing the all new eCom Cash Bot.

Inside of the training you’ll get a few basic steps that run you through what dropshipping is, setting up a Shopify store and how to create a Facebook business account. That’s pretty much it.

Of course you were never going to get away with paying only $9 for this system were you. So, they have some upsells that you can unlock for more basic quality videos. These are the upsells and their pricing:

What these will give you is some training on how Facebook advertising works and how to target an audience. This is not elite training and will not get you very far advanced.

They basically need to add these upsells for two reasons. Firstly, they need to make more money than the initial $9. Secondly, without any traffic, there are no sales. So all courses are required to show you some form of traffic generation. Here you’ll be shown paid advertising methods.

What About The 20 Minutes Work

This claim of earning these large amounts of money with only 20 minutes work per day is total garbage. There is no magic system on the internet that is going to offer you this, and if you keep searching for it, you’ll never find it.

I didn’t make a great deal of money, but I did put in a lot of effort. The reality is that while online dropshipping is a great way to make money online, it takes up a lot of time. Here’s what you need to think about if you decide to go down that path.

With experience in this field, I can tell you that dropshipping will take up way more time than 20 minutes of your day. It’s also a fairly expensive venture, especially to begin with.

Having said all that, online dropshipping can be a successful and rewarding model on income generation. But, you need the correct training. eCom Cash Bot is a flimsy training course that will explain how things work, but not much on implementation.

But just to advise you, these courses all cost way more than $9. To get anything of real value though, you have to pay for it.

Most unethical programs like this leave indications of their flaws. Here’s just a few considerations that should concern you.

A common trait that many scams display is fake testimonials. You may be wondering where these people come from, and how they’ve made money with this system. Well, they’ve come from a website called Fiverr.com, and have never used the system before.

These people are spokespersons, and they outsource their services for a fee. So in this case, they earn money from the owner of eCom Cash Bot in return for a fake testimonial, claiming they’ve made thousands of dollars with this system. 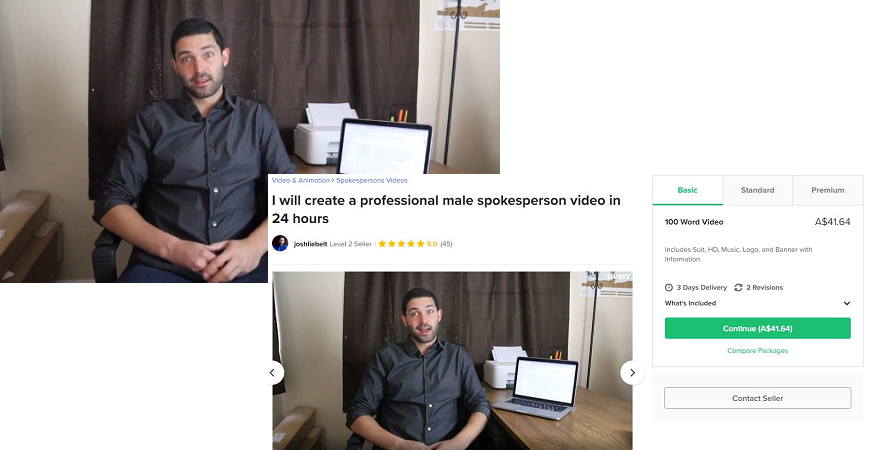 The gentleman above is one of the spokespeople that offers his services in Fiverr. You can see I’ve attached his Fiverr profile, with his costings per 100 words.

All other testimonials are the same, and are confirmed fakes.

Even experienced online store owners would be doing well if they were earning $500,000 per year. That’s an amazing earning potential, and you’d be hard pressed to earn that if you’d been doing this for 5 years.

To claim you could earn that kind of money this year is simply outrageous. Maybe if you spend double that on internet adverts, you may come close. And the only way you could do this is by getting the correct education from one of the courses I’ve recommended, not this low quality rubbish.

Online store owners work extremely hard, especially early on. They put in a lot of effort and money into creating a wonderfully presented website that people will trust. Would you trust just any simple fly-by-night online store to purchase from! Probably not right. So why would people buy from a store that only gets attention for 20 minutes each day.

If you believe that you’re going to get this opportunity to make thousands of dollars for only $9, you’re kidding yourself. I’ve explained the upsells that you’ll be encouraged to buy, even though they won’t give you any more chance of making the claims thousands suggested.

It’s another common strategy to have people pay a minor amount initially to get them in the door, then suggest they will need to upgrade with more expensive products to get full potential out of the product. Don’t believe it.

You’ve probably seen them before, but the popups that claim a member has just made thousands of dollars are also not authentic. Take this income claim for instance, it’s just created with an internal widget that shows a new name and monetary figure each time it rotates.

I really don’t want to see you scammed by a poor quality product like eCom Cash Bot. If you have your heart set on creating an online dropshipping store, get the right education with either eCom Success Academy or eCom Lifestyle University.

Although, I suggest you’re reading this eCom Cash Bot review because you’re searching for that elusive way to make money online with little effort and little cost. If this is you, I’m sorry to say that those days of making money online quickly and easily have long gone.

This is because every man and their dog wants to become an internet millionaire these days, and it’s just not possible to do quickly. In reality, the pool is so large that society wouldn’t be able to cope if everyone made money so easily online.

There’s still hope for internet entrepreneurs these days though, and I’m proof of that. I started this blog in 2018, and it pays me handsomely because I learned how to monetize it properly. This is mainly done through affiliate marketing, a simple but effective concept.

Here’s how you can learn affiliate marketing from scratch if you’re a newbie, alternatively, here’s the platform that taught me how to do it. Although it’s best to pay for the Premium membership, you can check it out for free. What do you have to lose? There’s not many great alternatives like this that will allow you to buy before you try, so why not check it out.

← Is ProBux a Scam (Or 30 Second Payments) Pinecone Research Survey Review (Legit or Not!) →

What is Pixelbuddha: The Joy of Free Graphics!
Raelyn Tan Email Templates Review [Just Fill in The Blanks!]
The Digital Gangsta Course by Julie Stoian: Really Worth The Cost!