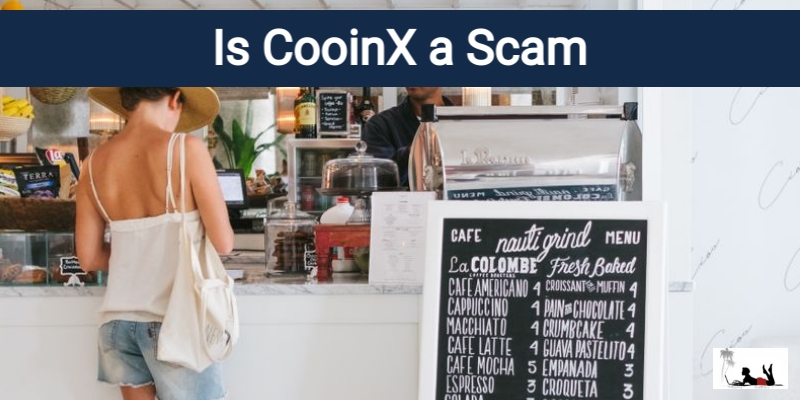 Have you recently come across CooinX, maybe even been approached to join them as a sales representative? You’re now interested to know if they are a scam, or a genuine opportunity to make money by joining them.

If this is the case, this review is for you.

I’ll be explaining what I’ve researched about CooinX, including how you can make money, what concerns me about their system and what you need to do to join.

By the time you’re done reading this review, you’ll understand if this is the correct opportunity for you.

Update: As a brief update to this article, I just wanted to alert you to the current social impacts that affect MLM opportunities. Multilevel marketing consultants primarily work by hosting house parties to present and demonstrate products to potential customers. As social distancing has become apparent, these hosted house parties or events can no longer go ahead.

Instead, companies with MLM opportunities are turning to sales online to keep their consultants active. What's ironic about this, is that they are basically turning it into an affiliate marketing venture. However, consultants will only be allowed to sell the products of the MLM company they are involved with.

So, the choice now is owning a website and only selling one companies products, or own a website and sell any products you like (eg: traditional affiliate marketing). I know what I'd be choosing!

In fact, in most cases, the MLM company will still own the website. I've seen instances where they will give it to you free for 3 months, then you have to pay for it. eg: domain & hosting fees. This will be on top of other MLM fees. This is not the case with genuine affiliate marketing, where YOU own your own website.

Short Verdict: In my opinion, MLM’s are not the best opportunity to make money. While I do believe that CooinX is a legitimate company, I’d be skeptical having read some of the reviews of their history.

CooinX claims they are THE effective sales machine for invigorating the “wee” marketplace throughout Europe and around the globe. Basically, they sell software that connects over a million retailers globally to a cashback system known as ‘wee’, or the weeconomy.

The ‘Wee’ itself is an online and offline loyalty shopping system. Customers can use an app or card to collect actual credit, which can then be used to withdraw into their bank account or use to pay for their next purchase.

Joining the blockchain technology, there is now a “wee” token backing the company. In fact there are two “wee” tokens: one for businesses and one for the crypto exchange market. They are hoping that the growing usability of this limited-edition volatile crypto exchange token will gradually increase demand for it, which is why they next suggest a crypto-based credit card.

CooinX is leveraging off the ‘wee’ system by introducing the technology and digitization to retail. But what does this mean for those intending to partner with CooinX as a distributor?

How To Get Started With CooinX

Although it’s simple to get started with CooinX as a distributor, there’s really no information as to what you’ll be signing up to do. You’ll hear all the good points like you’ll be ‘rewarded with exceptionally lucrative bonuses as part of our distribution team’ and ‘We guarantee you exceptional opportunities to earn money: one-off payments, weekly payments, monthly, quarterly and annual’.

But there’s no detail as to what you’re expected to do to receive these benefits and bonuses.

To get any kind of information, you will be required to enter your contact information, which includes name, CooinX referral, partner ID, email and phone number. Obviously you won’t need to enter the referral or partner ID if you don’t have them, this is only required if somebody is referring you.

The History Behind Wee & CooinX

The ‘wee’ system is headed by Cengiz Ehliz, who was behind a previous failed business called Flexkom. Wee is known as the Weeconomy, which some say it’s basically a rebranding of Flexcom which died around late 2016.

Flexcom left approximately 40,000 people in the lurch, who from Turkey lost much of their investment.

CooinX is headed by Michael Scheibe, and although it seems to be a standalone company, one gets the impression that they are closely related. Especially as it seems Michael Scheibe was a Co-Founder of weeCONOMY.

Is CooinX an MLM Scheme

As a CooinX partner you will be entering into an MLM opportunity and become one of their distribution team. So yes, CooinX is an MLM Scheme.

The incentive for new partners to join the CooinX MLM program is that the more successful you become, the more opportunity you have to receive “wee” tokens as a reward. Does this mean you’ll become wealthy from these tokens? Not really, you’ll be required to work extremely hard and there’s no guarantee of the tokens being worth much.

I feel they play on the introduction of cryptocurrency as their ‘get rich’ opportunity, which realistically is a slim chance.

It seems that much of the compensation CooinX plan is secret until you sign up, which doesn’t help if you just want to check it out. The same goes for Weeconomy, and even Flexkom before that.

The best I can give you is thanks to BehindMLM, which has pieced together information from various presentations given. Here’s what we understand are the referral compensation commissions for new affiliates:

There is also a virtual share system which Weeconomy affiliates can invest in, and are bundled with affiliate signup packages.

These virtual shares seem to be tied to a “transaction pool”, but working it out seems to be fairly confusing.

As a Weeconomy affiliate, you’ll have the option to purchase one of the following memberships, and each comes with weeCards to distribute to shoppers.

So clearly, there’s a significant initial investment that will be required before making any returns.

Multilevel marketing opportunities have been around for many years, and continue to be a presence. It’s an easy sell for companies to offer incentives for promoting their products.

What potential distributors or sales rep’s don’t understand, is the actual success rate of these MLM opportunities. Because these new recruits are required to either host parties or somehow convince others to sign up, there’s several issues that need to be addressed.

If hosting house parties to sell companies products, you’ll have party supplies to pay for, which is not reimbursable. If driving around shops attempting to sell products like a ‘wee card’, you need to cover your own petrol costs before making any profits. 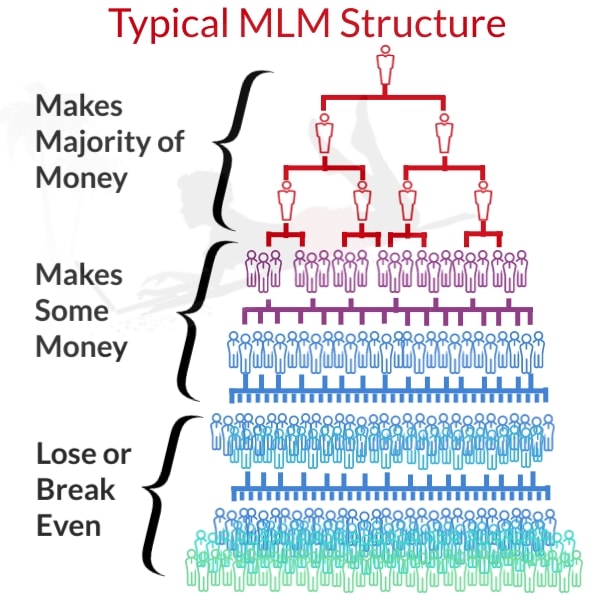 After being enthusiastic to begin with and making a few easy sales, it quickly becomes more difficult when your easy contacts have either bought what you’re selling, or knocked it back. It’s like selling to Facebook friends, when you’ve run out of friends, the cupboard becomes bare.

An article from the Consumer Awareness Institute states that 99% of those that contributed in MLM opportunities either lost money, or didn’t make a profit. That’s a huge amount of unsuccessful people, and doesn’t bode well for those with big intentions.

In better news, PRNewswire conducted their own independent survey, and found that 47% of 20 million Americans surveyed lost money through an MLM, and another 27% didn’t make a profit. Which means, 27% actually made some money, which is a little more promising.

Profiting From MLM's Are No Longer Viable

A Different Model Of Income Can Earn You Thousand$ Monthly

Check Out A Better Alternative

What Products Are Involved

As already stated, the CooinX affiliates are working on behalf of the “wee” marketplace, so the product you’re selling is the wee system via the smartphone app, or physical card.

Several comments on the BehindMLM website are extremely uncomplimentary, and I’ve taken a few snippets for you to read.

It’s fine to pick out certain reviews to make a point, but I’m going to balance these poor reviews with some of the more complementary, so you can make your own informed decision about CooinX. 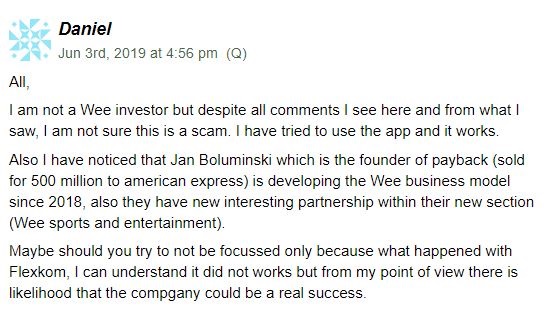 Okay. Well, I could only find the one review that is more impartial.

It’s also worth noting that FoxyRating has also labelled CooinX a scam after receiving several reviews.

​It’s easy to label companies a scam without any retribution. People do this on Twitter all the time, and you need to be careful with your claims. Just because CooinX and weeconomy are not everyone’s idea of a successful business, doesn’t mean they are illegitimate.

That said, there are much better opportunities to make money than any kind of MLM scheme. MLM’s will always be around, and companies will continue to take advantage of those willing to invest their time.

In my opinion, your time can be better spent in so many other areas if you want to make money online. Start a profitable blog, sell products on Amazon or Ebay, create an eCommerce store, make a digital course with about your existing skill set.

I hope this article has helped open your eyes to what CooinX is all about, and if it’s the opportunity that’s right for you.

What is Russell Brunson's Traffic Secrets Course: The Big Reveal
Who Owns Wealthy Affiliate and Why Their Model Works
Storytelling Social Media Style [GET NOTICED]