Is FaucetDuck a Scam (Or Just Quackers!) 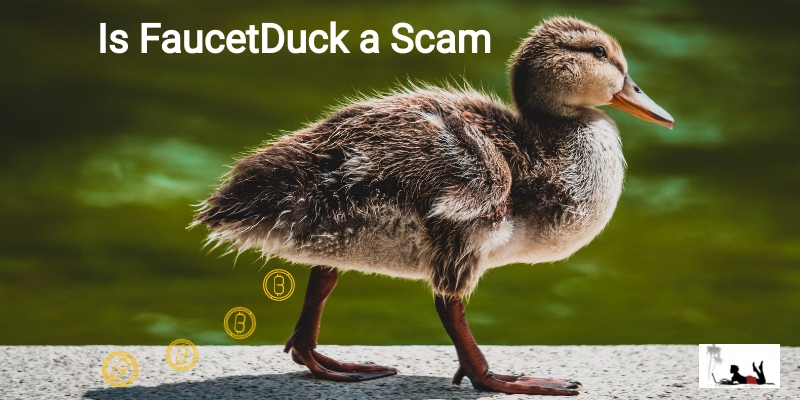 A big reason for people joining faucet sites is to earn extra cash. Although there’s not much money to be made with faucet sites, it’s even worse with crypto faucet sites. Many people are excited with the thought of easy money online, which is what these faucet sites are relying on.

This FaucetDuck review will explain what to expect if you sign up, and give you some idea of how much you can earn with FaucetDuck.

I’ll declare that I’m not an affiliate of FaucetDuck so I will not earn anything if you were to join. This is an unbiased review based on what I’ve researched.

Short Verdict: I believe that although FaucetDuck is a legitimate website that does payout it’s members, the earning potential is no better than any other faucet site. In other words, you won’t make much money by becoming a FaucetDuck member.

FaucetDuck is a cryptocurrency faucet site that allows you to earn what’s known as Satoshi. This is a small fraction of Bitcoin, which you can then transfer into your current Bitcoin account, should you have one.

As a FaucetDuck member, you’ll have access to the members dashboard which displays various stats and offers for you to earn. By completing simple tasks like watching adverts, you can multiply your earnings by repeating the process.

FaucetDuck also pays members for referring others to their platform, which is a common tactic for ‘faucet’ and ‘pay to click’ websites. New referrals are everything for these platforms because most people leave after realizing the miniscule amounts that are earned.

So how can you earn money through FaucetDuck? Well, as a free member, this was a struggle to find enough tasks. 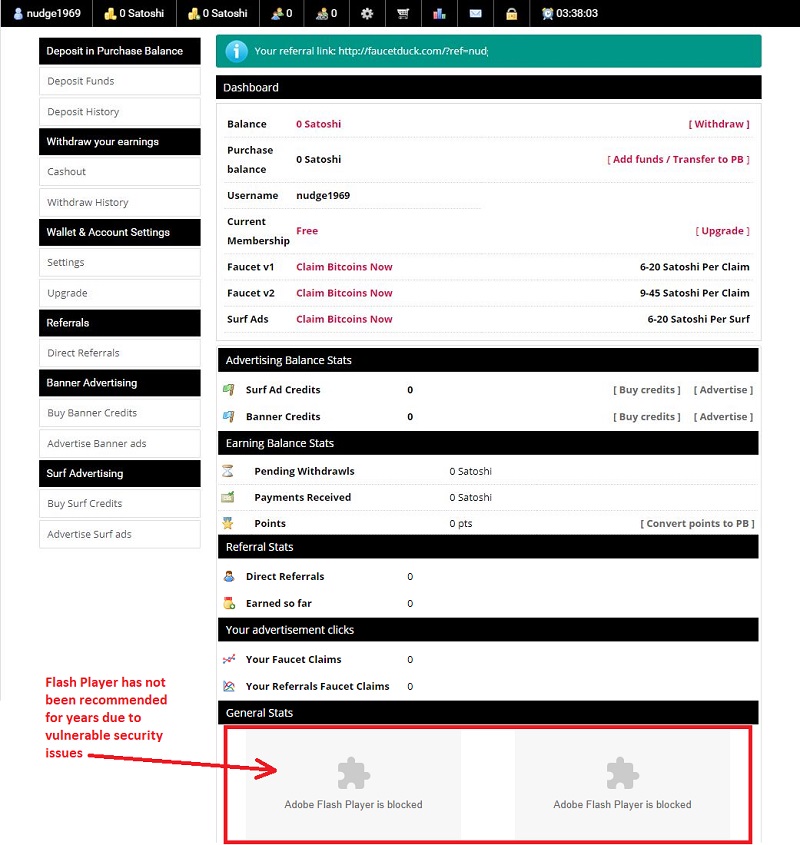 What first struck me was the requirement for Flash Player. This isn’t the first time I’ve come across this issue, as many faucet sites or ‘pay to click’ sites require you to view poor quality adverts.

So, I refused to install Flash Player for this purpose, and I’d urge you to avoid it also.

Unfortunately, this is how some of their animations are displayed, including some methods of earning Satoshi. Meaning, one less option to earn money if you don’t install Flash Player.

Moving on to other earning methods, you’re basically restricted to watching simple adverts as a free member. If you look at the above dashboard image, you’ll see 3 ‘Claim Bitcoins Now’ options. This is where you can complete various tasks.

The corresponding satoshi amount that you can earn is labelled, although with the free membership, you’ll earn the least amount.

I wasn’t able to view the second and third options due to not installing Flash Player. This only left me with Faucet v2, so I clicked on it. An advert appeared in Arabic which I had to watch for approximately 60 seconds. I suppose you’ll need this amount of time to read it.

Once the 60 seconds was up, I had earned 6 sotoshi. Woohoo!

So basically as a free member, and by not compromising your PC, it’s pretty hard to make money with FaucetDuck.

Different membership types will allow for larger funds to be earned. In my opinion, this is counterintuitive because you’re paying money to FaucetDuck, only to then have to earn it back from them.

Memberships are generally paid in earned satoshi, but you can pay from a linked Bitcoin account. This is the ‘payment gateway’ option. The membership levels are described below. 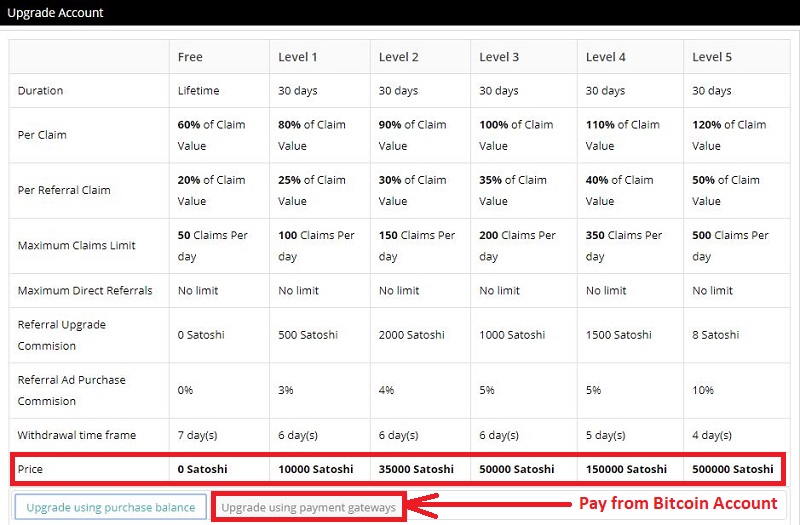 As you can see, the percentages of claims rise with each membership level. Of course there’s no limit of referrals per day, as that is their prime objective.

The price to upgrade to different levels is generally paid in Satoshi, and it will take you a long time to earn enough to hit the more advanced levels.

Okay, so here’s a dose of reality.

Let’s see what the earning potential is like with FaucetDuck.

To begin with, you need to understand what a Satoshi is, and what it’s worth. So, here’s your explanation.

So, we then need to put a dollar value to this to get some idea of what you’re actually earning. At current value when writing this article, 1 satoshi equals $0.0000663697. 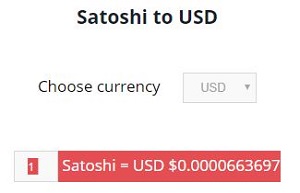 Now we need to determine how much satoshi you can earn per hour, which will put things in more perspective.

When I completed the task earlier in this review, you need to consider the loading time of the advert page, and time spent clicking back to the dashboard. Being conservative, let’s say it took you 90 seconds to complete a task which earned you 6 satoshi, as that’s what I earned. 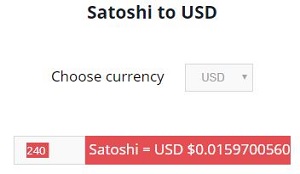 As you can see above, you’ll have earned $0.0159 USD. That’s less than 2 cents per hour! Are you seriously going to work for 1.5 cents per hour! I know for sure that my time is worth much more than that, so in my opinion, faucet sites just aren’t worth the effort.

What’s even more disheartening is that they limit the amount you can earn per day. I received this message below after watching the example advert.

As a free member, the most you’re going to be able to earn is 130 Satoshi. That’s not very inspiring is it.

Now you may be thinking that if you earn more by being a higher level member, just remember this. You need to either waste loads of hours to reach the desired limit to rise to the next level, or you need to pay with funds in your current Bitcoin account.

If you pay with Bitcoin, you’ll only have to earn the desired amount back in satoshi before earning those larger amounts. This could take many days of effort before reaching the limit.

Payments are only made in Bitcoin satoshi, and can be withdrawn into any Bitcoin wallet account. Yes FaucetDuck does pay, they just don’t pay a very good rate.

They have payment proofs on their website, and although these can be manipulated, I believe they are genuine. Having checked reviews from TrustPilot and FoxyRating, members have suggested they have received payment.

Current members seem to receive payouts from FaucetDuck. They may not be huge payments, but transactions are made.

It seems that unless you download and install Flash Player, you will not have the ability to complete specific tasks like viewing adverts. Flash Player is not recommended and can leave security vulnerabilities on your computer.

I believe that many people get sucked into faucet sites because they see it as an opportunity to earn some extra cash. The big issue is that you’re not earning Bitcoin, you’re earning Bitcoin Satoshi, which is worth one-hundredth millionth of a Bitcoin.

You really need to check what payouts are worth before wasting your time completing meaningless tasks.

I generally like to look up who the owner of a product or platform is before making a commitment. Having searched for the owner of FaucetDuck, I cannot find this information. There is no individual or company associated with faucetDuck.

The only information I can find is that the domain was registered at the beginning of 2020, and the registrant was based in London. 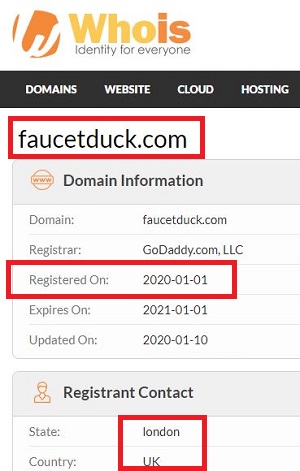 I would be a little concerned that faucetDuck does not disclose who they are.

I feel that purchasing a paid membership is going to end in tears. Because the income earned is so small, the return on investment follows suit. The only members that may possibly benefit are those that want to advertise through FaucetDuck.

I’m loath to call FaucetDuck a scam, but it’s not a program I’d be recommending to earn money. I understand the requirement for looking online to earn cash, especially in times of crisis.

In my opinion though, completing FaucetDuck tasks will just be a waste of time. I’ll leave it up to you to decide if it’s a scam or not.

How I Earn Money Online

Several years ago I was also looking for an opportunity to make money online myself. I got scammed several times by looking to make money with the ‘quick’ mentality. Yes, I understand the need to make money quickly, but doing it via the internet is not easy.

I’ll give you a couple of great options, and the pros and cons of each.

Affiliate marketing: This is what I do and there are various ways to go about it. Using SEO practices (getting ranked in search engines) can take some time to get ranked, so this is not the quickest method to earn money. However, you can complement this with social media and paid advertising.

How to Start Affiliate marketing from Scratch

This is an example of a commission I received recently, which shows you the potential if you can earn consistent commission like this. 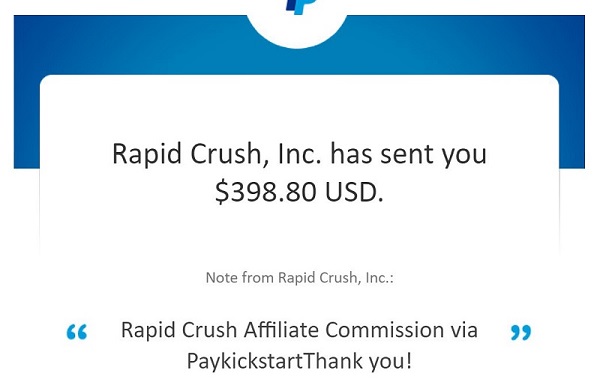 eCommerce Dropshipping Store: An online store using the dropshipping method has become extremely popular over recent years. A huge benefit to dropshipping and eCommerce is the larger profits, but also through paid advertising, you can start to earn more quickly.

There is a big learning curve so it’s best to get the correct training. eCommerce will also cost you more to get set up than affiliate marketing.

I hope this article has given you some clarity on FaucetDuck. You can now make your own informed decision whether to go ahead with a crypto faucet or not.

← The No.1 Affiliate Marketing Tip For Beginners: And 25 More! Is Nine University a Scam (Profitable in 49 Days!) →