Is Home Cashflow Shortcut a Scam (Or Easy Daily Commissions) 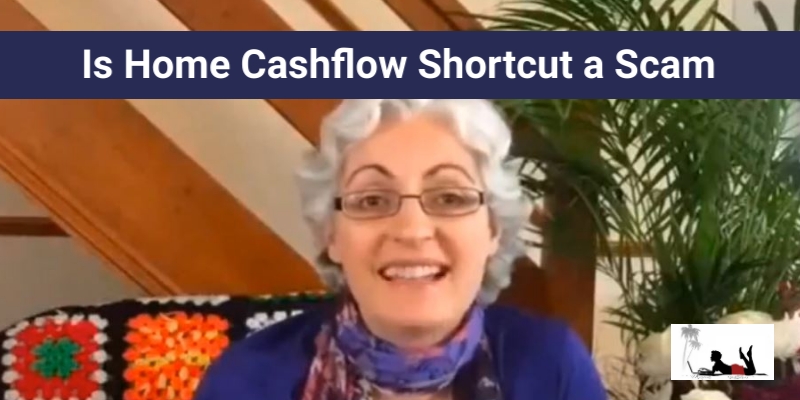 I appreciate you taking the time to research this program that you’re obviously contemplating joining. In this Home Cashflow Shortcut review, I’ll explain what it is and your real chances of making money.

Program Summary: Home Cashflow Shortcut directs you to a different program called Super Affiliate Network. It’s a single page website that is just a front for another program.

What is Home Cashflow Shortcut

You’ll watch a presentation (which I think runs for approximately 22 minutes). This is the same video that all the members use to entice potential new members to this external system. The sales video is full of testimonials (which I’m not sure are legit), and claim it’s extremely simple to be making thousands of dollars with.

What I really don’t like in the video, is the claim that you’re benefiting by joining this ‘secret group through backdoor access’. This is wrong and you’ll just be signing up to an expensive system.

Home Cashflow Shortcut is not the only single page website that promotes the Super Affiliate Network. Others include The Commission Multiplier, The Profit Shortcut, Pay It Forward System and Super Affiliate Secrets X. I’m sure there’s loads of others too.

The hype generated in the sales video is enough to lure in any unsuspecting investors, but I believe the actual system to be risky. The claims, in my opinion, are misleading and don’t represent the reality of this program.

Many illegitimate programs use the same tactics that are used here, which include fake scarcity (by showing a countdown timer), and fake limited opportunity (by allowing only a specific number of students in). These are common strategies used by professional marketers.

How Does Home Cashflow Shortcut Work

By completing the required information on this single page website, you’ll be sent over to the Super Affiliate Network to complete the registration of this program. So, two things have happened here.

Firstly, you’ve handed your email address over to some unknown person, so they can potentially bombard you with loads of different hyped up money making offers down the track.

Secondly, this person will make large commissions should you sign up to Super Affiliate Network. That’s because they are a member of the S.A.N themselves, and are looking to sign up others. There’s nothing really wrong with this method, as it’s similar to affiliate marketing. I just don’t like the misleading and deceiving claims they promote.

The Super Affiliate Network that you’ve been directed to through Home Cashflow Shortcut, has multiple levels within their system, each level costing more than the previous. These memberships cost run into the thousands.

I’m not here to ‘can’ the Super Affiliate Network system totally, although I am dubious about the success rate. It sort of runs along the same lines as an MLM scheme, with tiered levels of investment.

Once you sign up to a specific membership level, your job is to encourage others to also sign up. This is how you’ll make commissions. If somebody joins the same level of membership as you, you’ll receive part of their investment.

However, should they decide to upgrade to a higher level of membership, you will no longer receive any payment, unless you also invest more to become a higher level member.

In my opinion, this is how the system becomes riskier.

Once you’ve joined as a member, you will require others to join, otherwise you will not make any money. To do this, you need your offers to get in front of people. So how is this done?

Well, you will be encouraged to use solo adverts. This is where you’ll sign up to a platform such as Udimi. Inside such platforms will be loads of people with large email lists that can be targeted towards various audiences.

You will have to learn how to choose the correct type of list to send out your promotions to, which often takes some trial and error.

You will have to pay the owner of the email list a fee for every time the link in your email promotion gets clicked, regardless of whether they join or not.

Do you have any other options to get traffic to your single page promotion? Sure, you could use other paid advertising such as Facebook ads or Google ads. This will cost you a fair amount of money with trial and error also.

You could forget about search engine traffic, only authoritative websites will be seen in Google, Bing etc.

So what is it going to cost to get started you may be asking. Here’s a breakdown of the various membership levels and their costs to get started. If there is a price range, it means there are upsell promotions on top of the fee. All levels also pay an annual fee of $297 – $397.

Although I believe the system to be legitimate, I do have some concerns. As you can see, some of the membership levels are extremely expensive. I understand that you will be encouraged to purchase these more expensive memberships to have the ability to earn more.

The memberships at the lower end of the scale really don’t pay out much. The S.A.N. used to have an earnings table on their website, which seems to have been taken down.

The membership levels also had different names. You can see it on my Super Affiliate Network review page, and it states that the lowest members earns on average, $8 per month.

The top level earners are in the top two membership levels (which is pretty obvious..LOL), but the percentage of partners in these categories are only 0.00035%. Yet they are earning over 98% of all distributed funds.

Is Home Cashflow Shortcut a Scam

For a start, Home Cashflow profit is not a program, product or system in it’s own right. The single page website will make you believe it is, but this is just misleading.

I don’t approve of the way Home Cashflow Shortcut goes about promoting the S.A.N. system, because the claims made in the sales video are inaccurate and a little ambiguous.

The lure of high income earnings with little effort is enough to entice most people, but you’ll really be required to put in a lot more effort than what is suggested. To get your promotions in front of more eyeballs of interested people is the hardest part.

So if you do decide to go ahead with this system, good luck to you. I don’t believe the system to be a scam, but I do believe it will not be as lucrative as you’d expect. I’d urge you to also read the earning disclaimer and terms & conditions before making a commitment. The owners even say ‘THERE IS NO ASSURANCE AS TO YOUR LEVEL OF SUCCESS OR FAILURE’.

They also go on to say ‘MONETARY AND INCOME RESULTS ARE BASED ON MANY FACTORS. WE HAVE NO WAY OF KNOWING HOW WELL YOU WILL DO, AS WE DO NOT KNOW MANY IMPORTANT FACTORS, INCLUDING BUT NOT LIMITED TO KNOWLEDGE SURROUNDING YOU, YOUR WORK ETHIC, OR YOUR BUSINESS SKILLS OR PRACTICES. THEREFORE, WE DO NOT GUARANTEE OR IMPLY THAT YOU WILL WIN ANY INCENTIVES OR PRIZES THAT MAY BE OFFERED, GET RICH, THAT YOU WILL DO AS WELL, OR MAKE ANY MONEY AT ALL. THERE IS NO ASSURANCE YOU WILL DO AS WELL.’

This suggests to me that you will require effort and skill to make this work.

My honest opinion is that Home Cashflow Shortcut a way of signing you up to an expensive tiered system that is very risky. While some members could make money from this system, I believe most will not. Those that do, will also have to invest heavily.

You’ve obviously come here to research Home Cashflow Shortcut, with the hope that eventually you’ll find an option that will help you make money online. I always believe that if a sales video has large claims of wealth with minimal effort, they are usually not legitimate.

I make money online with a simple blog. If you want to learn how I have achieved this, read on below.

← I Want To Quit My Job But Don't Know What To Do Is Commission Plan X a Scam (Read This First!) →

What is Affiliate Secrets 2.0 by Spencer Mecham: A Brilliant Alternative
What is CPA Marketing University (Brandon Belcher) Review
How Does Wealthy Affiliate Work (An Insiders View)