Is Job Quitter a Scam (Looks Fake to Me!) 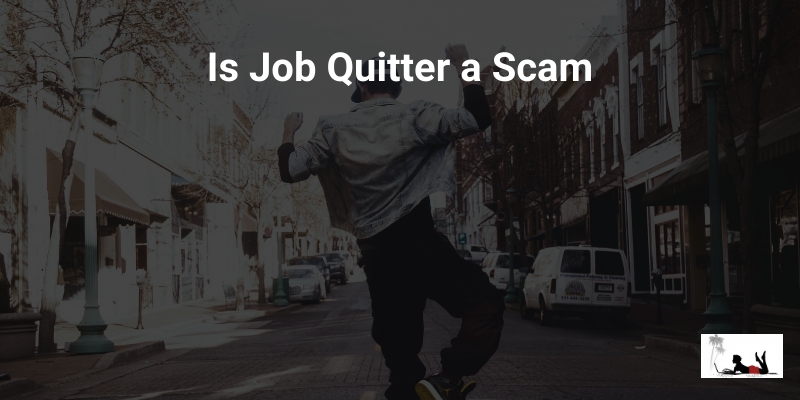 The Job Quitter system is apparently going to give you step by step video instructions to learn affiliate marketing. The system also claims you’ll be making $100, 200 or even $500 per day with less than 30 minutes work.

I’ve heard unrealistic claims like this from multiple programs in the past, and I don’t see what makes this one any different. It has all the key indicators that suggest this not the solution to anyone with money issues. The question you really want to know though, Is Job Quitter a Scam?

At the end of this Job Quitter review, I’ll suggest a more legitimate option if you’re interested in learning affiliate marketing.

Program Summary: I believe Job Quitter to be in the ‘don’t bother’ basket. There are several red flags that indicate to me that this may be a scam. Don’t waste your money on Job Quitter.

What is Job Quitter

The actual Job Quitter system sales video doesn’t really tell us much. It says that the owner (Richard Harper), who allegedly came up with this system, will show you a secret loophole that will allow you to earn money fast.

Apparently, he’s discovered how you can piggyback onto other affiliate marketers platforms, and utilize this to your advantage.

Richard says he’s tested this system of his, that can apparently be setup in about 30 minutes. His results were staggering, and it barely took any time at all. He just sets it off, leaves it overnight and checks it in the morning.

When Richard wakes up, he’s made hundreds of dollars in commissions. It’s just so easy! 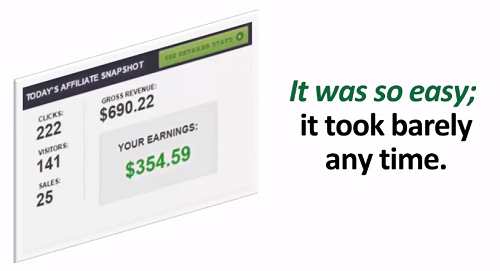 Richard also alleges this system used to cost $1,495, which his previous students paid. But you’re going to get a huge discount because Richard feels compassion for you. He says that some of you can’t afford that amount of money, so he’s going to give it to you for only $47.

What a bargain right! Wrong.

I’ve seen all this before, and it’s total crap.

How Does Job Quitter Work

Why doesn’t Richard (not the owners real name) explain how the system really works? He suggests its affiliate marketing and that he’s found a FREE loophole in advertising methods.

Firstly, Richard does suggest a genuine model of income generation. Affiliate marketing is huge, and if done correctly, can net you a very good income. But, as you’re about to see a little further down this page, Job Quitter is not the program you want to sign up to.

There are loads of sites just like this one all over the internet. They tend to work the same way, by attempting to get your email address first so that they can offer you different poor quality systems.

You have probably been sent this opportunity by email. When you click on the link, it sends you to a sales video, where you’ll have to enter your email address to see more information about the system.

So now they have your email address, and will spam you with loads of different offers. Some of these will be scams, others just poor training programs.

The only people that will be making money are the people you’ve given your email address to. They will make commissions when they sell you a crappy product. They don’t care about you, they just care about earning money, unethically.

Immediately, as soon as I saw the Job Quitter sales video, I knew it was not genuine. Sure, you’ll get something for your money, but it won’t be what you think. In terms of how legitimate this system is, I’d urge you to pay attention to the following.

So, apparently this is Richard Harper, the family man that has a wife, 2 girls and is an internet marketer.

Well, after examining this image, I found it in several places over the internet. In fact it was found 17 times, and 9 of those where in stock image websites.

So you can head over to Shutterstock, BigStock or CanStockPhoto and download it, at a price. Which is exactly what the real owner of Job Quitter has done. They’ve used the image to create a fake profile of Richard Harper. 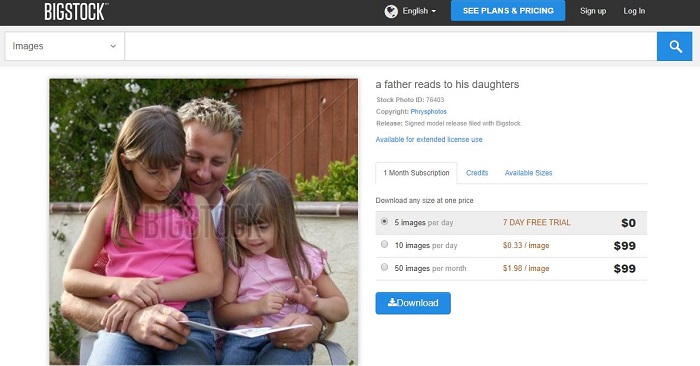 As you can see, for a fee, anyone can buy an image and use it as they please. This is the first indicator that Job Quitter cannot be trusted.

If you’ve watched the full Job Quitter sales video, you will have seen what is believed to be, income proof. I took a snapshot of it, which looks like this. 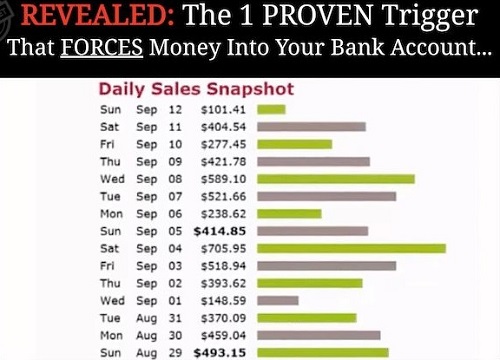 This is a deliberate tactic to make you believe you’ll be earning similar amounts of money. It’s an emotional trigger to entice you to sign up. Unfortunately though, these income figures are also fake.

A quick search found that the image has been used 44 times elsewhere.

This is not surprising, as the income image shows no real information. It doesn’t say which account this is from (although I know it’s a Clickbank snapshot), no suggestion of the owner of the account, where the money has come from or what product it has been generated from.

Another indication that not all is right with Job Quitter.

A common tactic among scammy products is to pay somebody to make a fake testimonial video. This is precisely what happened with Job Quitter.

A product always seems more authentic if you have testimonials behind it, which is why they use external sites to find people willing to promote their product or service.

The image above shows the girl that has claimed she’s used Job Quitter to make lots of money. In reality, she’s outsourced her spokesperson services on Fiverr.com. I’ve attached her Fiverr profile to show you.

So the truth is, these testimonial videos are not genuine.

This strategy has been used by so many, and will continue to be used because people fall for it. The claim that they only let in 100 people (students to make it sound more authentic), is BS.

They want as many people to join this system as possible. The more people that join, the more money they make.

This tactic is not only used by sites like Job Quitter, legitimate sites also do this. But they do it the right way, and actually close the doors or stop a discount when the offer runs out.

Job Quitter is like the other illegitimate sites I’ve reviewed. If you come back next week, or in 3 weeks, you’ll still be able to sign up. It’s just a scarcity trick to convince people to get in quick.

This is just another red flag alert.

If you think that $47 will be the end of your spending with Job Quitter, you may get a nasty surprise after purchasing. This is how these types of systems work, once they’ve got you signed up and take your initial fee, you will be presented with other offers.

While that’s just what marketers do, it’s also frustrating because you think you’ve paid for the complete product. Often there will be upsells, additional products that will give you more chance of success.

Is Job Quitter a Scam

Well if you ask me, I won’t be recommending Job Quitter to my readers.

I believe there are too many indicators that Job Quitter may be a scam, and I’d be very skeptical about signing up. You’ll be handing over $47 for a program, that you don’t even know works. There is no information about how it works, and much of the sales video is full of fake information.

They do get one thing right though. Affiliate marketing is a good way to make money, which leverages other peoples products to make commissions. What they won’t tell you, is how affiliate marketing really works.

Is It Really Possible to Make Money Online

There are many fake gurus out there that promote very poor quality products, and they are only working in their own best interests. They don’t care about the people that buy these products, because they still make money themselves.

I’m going to give you some good news though, by giving you a link to my ‘Ultimate Guide to Making Money Online’. This will give you an honest view of how to achieve an online income.

In summary, I wouldn’t trust Job Quitter with my hard earned money. It has all the hallmarks of a scam, which will only be a waste of time and cash.

I hope I’ve helped you out by offering my advice in this Job Quitter review. Feel free to share your story with us if you’ve had your own experience with Job Quitter. Just write in the discussion section below.