What is The Loom Scheme: Keep Your Kids Safe 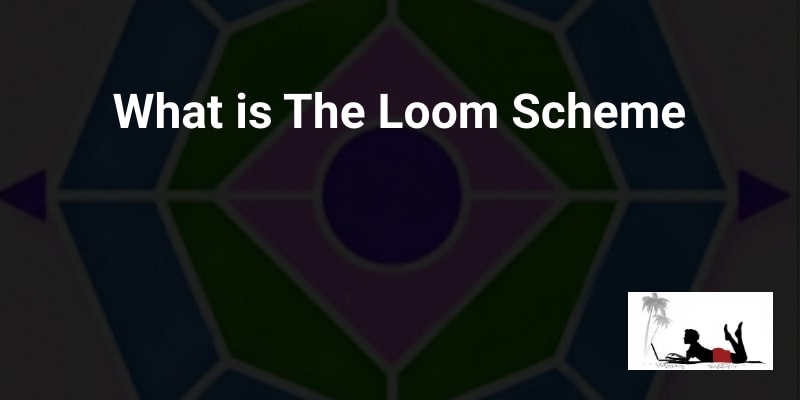 What is The Loom Scheme

You may not yet have come across this latest online scam doing the rounds, but if you have children that are active on social media, then consider paying attention. Over 90% of kids are active on social channels, so you may want to get them to read about this recent scheme. So, what is the Loom scheme?

It’s called the “Loom” scheme and after being first reported in the UK, seems to be targeting Australia currently. These online scams don’t have boundaries, so I’d suggest wherever you are, this Loom scam will be active.

How Does Loom Scheme Work

This is basically a simple link that is getting shared around through social media channels, asking for users to “invest” $300, with the promise of earning up to eight times that amount. Whilst this is not directly targeted towards children, you can imagine teenagers being lured into this very easily. Money does funny things to people, and younger people are the ones falling for this.

Loom is like a pyramid scheme, where people send the initial $300 to whoever is behind this scheme, which then distributes the money according to the amount of new signups you get. So it’s basically a circle of money, but eventually it will dry up, and those not willing to expose their friends and family to this scam will lose their money.

Because this scheme typically directs users to share the link to their contacts, you’re getting all your friends and family involved in this unethical scam. Not everyone is going to make money. Some will make a few dollars, these are the ones that don’t care about the consequences of their contacts, that may be left high and dry.

There’s a good chance that many people could be left hundreds of dollars down if they “run out of friends” as it were. At some point when people see this for what it is, they’ll stop adding funds to this scheme, leaving many people without a return for their investment.

Is The Loom Safe

When you first enter the Loom and pay your initial $300, you’re forwarding your account details to the person (or people) behind the scheme. I find this unsavoury, and would not like my kids passing their bank account details to anyone they’ve sourced through social media.

The ABC Australia spoke to Dr Cassandra Cross, a fraud expert from the Queensland University of Technology. She suggests that this may raise suspicions about money laundering, and not necessarily knowing who you’re sending money too.

The social media platform “WhatsApp” seems to be used at the forefront of this, and not for the first time. As Consumer Affairs reported in December 2016, Facebook users were asked to deposit money into a WhatsApp account for an online gifting scheme called the “Blessing Loom.” I’m not criticising WhatsApp, but obviously this platform is being exposed in this way.

How to Avoid These Pyramid Schemes

For those of us with experience detecting online scams, it’s much easier to steer away just by identifying the red flags. I’d urge you to show others in your family what to look out for in relation to these kind of schemes.

Just so that you’re aware, pyramid schemes are against the law in Australia, along with some other countries, states or territories. It’s forbidden to promote or even participate in any pyramid scheme.

And while I’m talking about scams, I’d also urge you to avoid programs like eCom Cash Bot or Club Cash Fund. These are unethical scams that should also be sidestepped.

As you probably already know, there are loads of scammers out there. Whether it be scammers calling you and advising that you owe money from the tax department or online scams such as Bulletproof Profits or Explode My Payday, there will always be people cheating the system.

I urge you not to consider any of these, as they make many fake promises. Of course, there are legitimate ways to make a dollar online, or even a full time income. You could consider affiliate marketing, starting an online drop shipping store or selling on Amazon. But you will need to learn the correct methods to be a success at any of these.

You also need patience, persistence, motivation and consistency to make it work. There are no “get rich quick” schemes that actually work. I know because I tried a few when the internet came about, and failed miserably.

Protect your kids out there, and please advise them to avoid pyramid/MLM schemes, they are more trouble than they are worth. There’s a very good chance if you join up, you won’t see your money again.

← Is Tube Profit Sniper a Scam: Watch YouTube Videos For Money Paidera Review (Your Big Opportunity or a Big Scam!) →